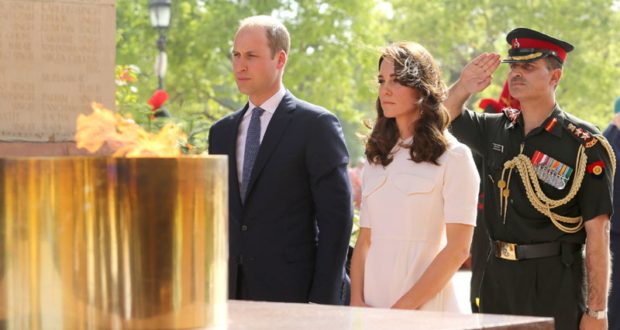 (Representational photo) The Duke and Duchess of Cambridge Prince William and Kate Middleton paying homage to the martyrs, at Amar Jawan Jyoti, India Gate, in New Delhi on April 11, 2016. (PIB)

Diana Told Camilla ‘I Want My Husband Back’: Reveal Transcriptions of Tapes

What happened when British Prince Charles’s late wife Lady Diana met the “Third Person” in their marriage Camilla Parker Bowles, with whom Charles had an affair and she later went on to become his wife upon Di’s demise?

They met at a party and the conversation was similar to what the Bollywood film “Deewar” would have had. When Don Amitabh Bachchan tells his brother Shashi Kapoor that he has got money, power and a bungalow, his police inspector brother retorts:”Mere Paas Maa Hai” (My mother is with me).

Hilarious but Diana tapes too show similar talk between the two as Diana said in her tapes: “Camilla said to me: ‘You’ve got everything you ever wanted. You’ve got all the men in the world falling in love with you, and you’ve got two beautiful children. What more could you want?’ So I said: ‘I want my husband.’” Diana wanted her husband back in every sense like any other married woman.

Here are some astonishing facts which came to light now:

Within weeks after the fairy tale marriage in 1981, Princess Diana became so depressed with her marriage life that she tried to cut her wrists in a bid to commit suicide. “By October, I was in a very bad way. I was so depressed, and I was trying to cut my wrists with razor blades. It rained and rained and rained,” she said in the tapes, according to Daily Mail, which has published some excerpts.

From the day of her wedding, Princess Diana was looking over her shoulders for the third person in their marriage — Camilla Parker. She said: “I was obsessed by Camilla totally. I thought every five minutes he was ringing her up, asking how to handle his marriage.”

Another transcript revealed that Diana attempted suicide again while she was just four months pregnant with her first child Prince William. She said she threw herself downstairs, in a bid to get the attention of Prince Charles. Though Queen Elizabeth was horrified, Prince Charles didn’t, she noted wryly.

Next time, she revealed to her sister Jane that she had cut her chest and thighs. “The night before, I’d wanted to talk to Charles about something. He wouldn’t listen to me… So I picked up his penknife off his dressing table and scratched myself heavily down my chest and both thighs. There was a lot of blood — and he hadn’t made any reaction whatsoever,” she said in her tapes.

Next time, Diana threw herself against broken glass window piece and another time cut herself with a knife.

Why Kate’s 3rd child is special to Queen Elizabeth? 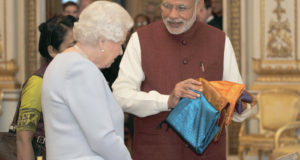