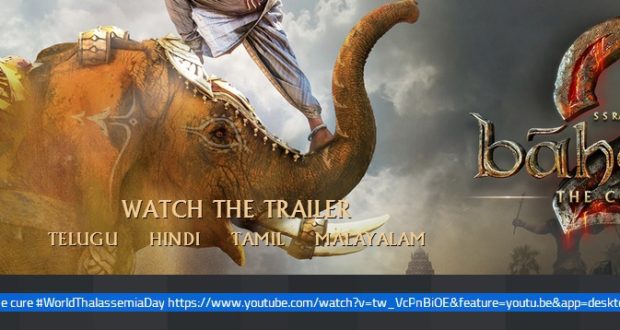 Bahubali 2 will be shown as the first film at Moscow International film festival 2017 on June 22, 2017

SS Rajamouli’s “Bahubali 2: The Conclusion” will be shown as the opening film at Moscow International Film Festival from June 22 to June 29, 2017 as back home the film has crossed the halfway to 54 days and is rearing to cross the final 100-day target in August 2017. The film has made a record collections of Rs,1,700 crore.

Still 1,050 screens are showing the film despite many new films hitting the screens every week in every language. Its Hindi version is still making huge earnings at the box office, earning a whopping Rs 2 crore nett as the film finished its 7th week, going by Boxofficeindia.com.

Released on April 28, Rajamouli’s Bahubali 2 completed 50 days as of June 16, the viewers are still throning the theatres. The beautiful world of Mahishmati dynasty and Kattappa mystery remain more gripping for viewers still. It remains to be seen how many screens will keep the film for its 100-day shows.

Starring Prabhas, Anushka Shetty, Tamannaah Bhatia, Sathyaraj and Ramya Krishna, the film is a sequel to “Bahubali – The Beginning” that was released in July 2015. Despite two years of lapse, the film and its story is gripping the pulse of movie-goers in India.

Producers Arka Mediaworks has released a new look poster on the occasion of the film completing 50 days on twitter. 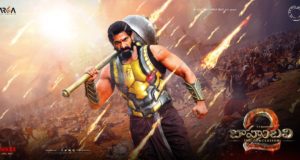