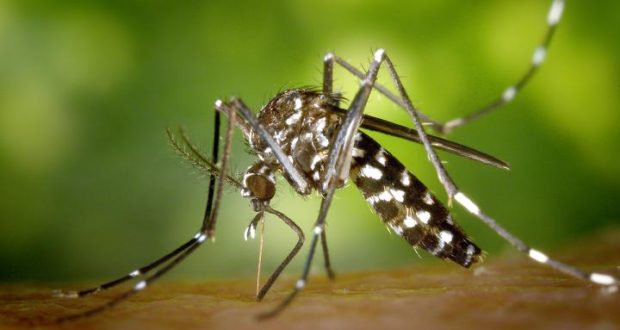 Researchers report that the Asian tiger mosquito, Aedes albopictus, has become more abundant across Illinois in the last three decades, spreading diseases such as chikungunya or dengue fever, largely confined to Asian warm climate, especially the forests of southeast Asia.

Ever since it found its way to Texas around 1985, it has quickly spread to Illinois, despite its harsh winters, said researchers. “The global trade in used tires facilitates the spread of the mosquito,” said Chris Stone, a medical  the entomologist at the Illinois Natural History Survey and the lead author of the new study. “The eggs get stuck to the walls of the tires and can survive even in dry conditions. Tires are also great at retaining rainwater, which is perfect for the larvae to develop in.”

Stone and his colleagues studied how the mosquitoes were able to spread across Illinois, given how cold the state’s winters can be. In their paper published in the Journal of Medical Entomology, they said the spread of the Asian tiger mosquito in Illinois also is a result of repeated introductions from neighboring counties.

Rebecca Smith, a professor of pathobiology at the University of Illinois at Urbana-Champaign who led the research with Stone said, “Winters are fairly warm in cities like Chicago because of all the roads and concrete. There are a lot of places like sewers and subways where these mosquitoes can live in the winter.”

“We found that there is a surprising diversity of Aedes albopictus in Illinois,” Stone said. “Some were from the Texas population, but a few had previously been found only in Japan. This observation supports the idea that we see multiple introductions of these mosquitoes from different places.”

Japan Behind Amelia Earmart Disappearance in 1937? Not Convincing!