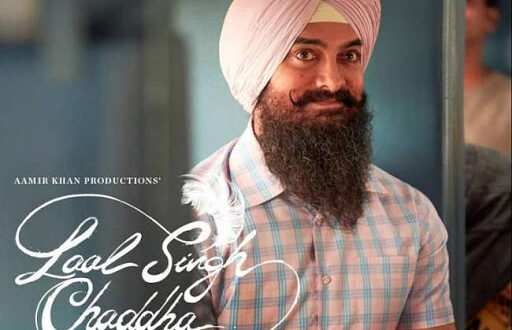 Aamir Khan’s much awaited movie Laal Singh Chaddha that was initially headed for a Christmas 2020 release has now been shifted to Christmas 2021 due to delays with the ongoing pandemic and its adverse effects on most anticipated movies.

Aamir Khan has a long standing association with Christmas. All his movies released during Christmas have been super successful, be it 3 Idiots, PK, Dhoom 3, Dangal and more. His latest movie, Laal Singh Chaddha which is based on Tom Hanks ‘Forrest Gump, has already shot a few parts in Chandigarh and Kolkata before the nationwide lockdown was implicated. While the situation in the country remains to be crucial, the actor is recently in Turkey to do recce for the movie.

Ever since the makers dropped the first look of Aamir as a Sikh man fans went berserk over it. Keeping the current scenario in mind, Aamir and makers have announced a new release date and shifted it from this december to next December as the movie deserves a grand release.

Viacom 18 studio presents Aamir Khan productions’ Laal Singh Chaddha stars Aamir Khan and Kareena Kapoor Khan in the lead and Mona Singh in a pivotal role. It is adapted by Atul Kulkarni and is directed by Advait Chandan. The music is by Pritam and lyrics by Amitabh Bhattacharya.