He will also have a meeting with the President of India, and attend other official engagements. The last Annual Summit between Russia and India was held on June 1, 2017 during the visit of Prime Minister Modi to Russia.

Meanwhile, Indian Chief of the Army Staff Bipin Rawat is visiting Russia from 1 to 6 October 2018 leading a delegation that is scheduled to meet senior military officials of Russian Armed Forces and also visit key military formations and establishments. 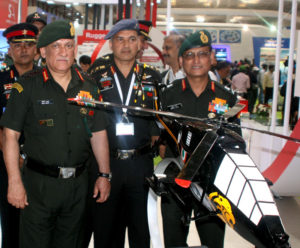 General Rawat will be visiting Mikhailovskaya Artillery Academy, Headquarters of Western Military District at St Petersburg and General Staff Academy and Headquarters of a Motorised Rifle Division at Moscow.

The visit is yet another milestone in giving impetus to the strategic partnership between India and Russia and taking forward the military to military cooperation to the next level.