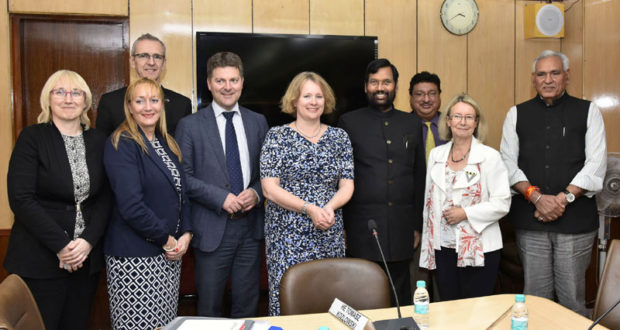 The Delegation intends to push for a revived EU-India strategic partnership and also cover regulatory issues in areas such as services, standardisation, customs and consumer protection.

MEPs are keen on knowing the Indian customs priorities, including the management of port controls and relevant customs IT systems. They will visit start-up incubators and Info-tech park which offer key opportunities for unlocking the potential of the digital market and of services.

The delegation will try to assess how India ensures safe products, combats counterfeiting, safeguards consumer rights, keeps consumers informed about products/services, cracks down on anti-competitive behaviour and reduces administrative burdens, while sharing experiences about the standardisation process in India and EU.

Two other EU delegations are also visiting India to strengthen the EU-India Strategic Partnership. The AFET Committee under the leadership of its new chair, MEP David McAllister, would be meeting various leaders and representatives of the Indian Government, industry, as well as think tanks.

The AFET delegation will focus on EU-India relations, including an enhanced foreign policy dialogue on issues of global and regional importance and of mutual interest or concern, such as peace, security, and multilateral cooperation.

In Bangalore the group will meet Karnataka Minister for Industry and representatives of leading Indian and European businesses. Software and aeronautics.